There are a total of 16 users online now:

Stream is down songs:
1: They Stole a Million
2: Forbidden Forest (Spider Surfin')

So This Is What It Feels Like. The song with the lonely robot singing numbers.

"A twentieth century problem is that technology has become too "easy". When it was hard to do anything whether good or bad, enough time was taken so that the result was usually good. Now we can make things almost trivially, especially in software, but most of the designs are trivial as well. This is inverse vandalism: the making of things because you can. Couple this to even less sophisticated buyers and you have generated an exploitation marketplace similar to that set up for teenagers. A counter to this is to generate enormous disatisfaction with one's designs using the entire history of human art as a standard and goal. Then the trick is to decouple the disatisfaction from self worth--otherwise it is either too depressing or one stops too soon with trivial results." --- Alan Kay

"Better to be king of your silence than slave of your words." --- William Shakespeare 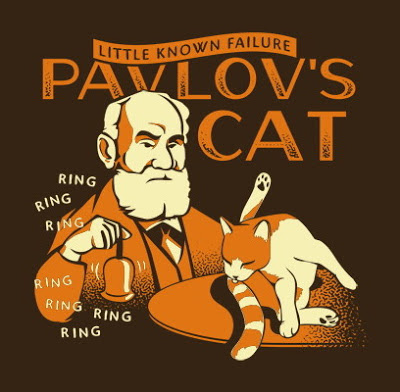 Pavlov walks in to a bar on the way home, sits down, and orders a drink. The phone rings, and he exclaims "Oh shit! I forgot to feed the dog!".